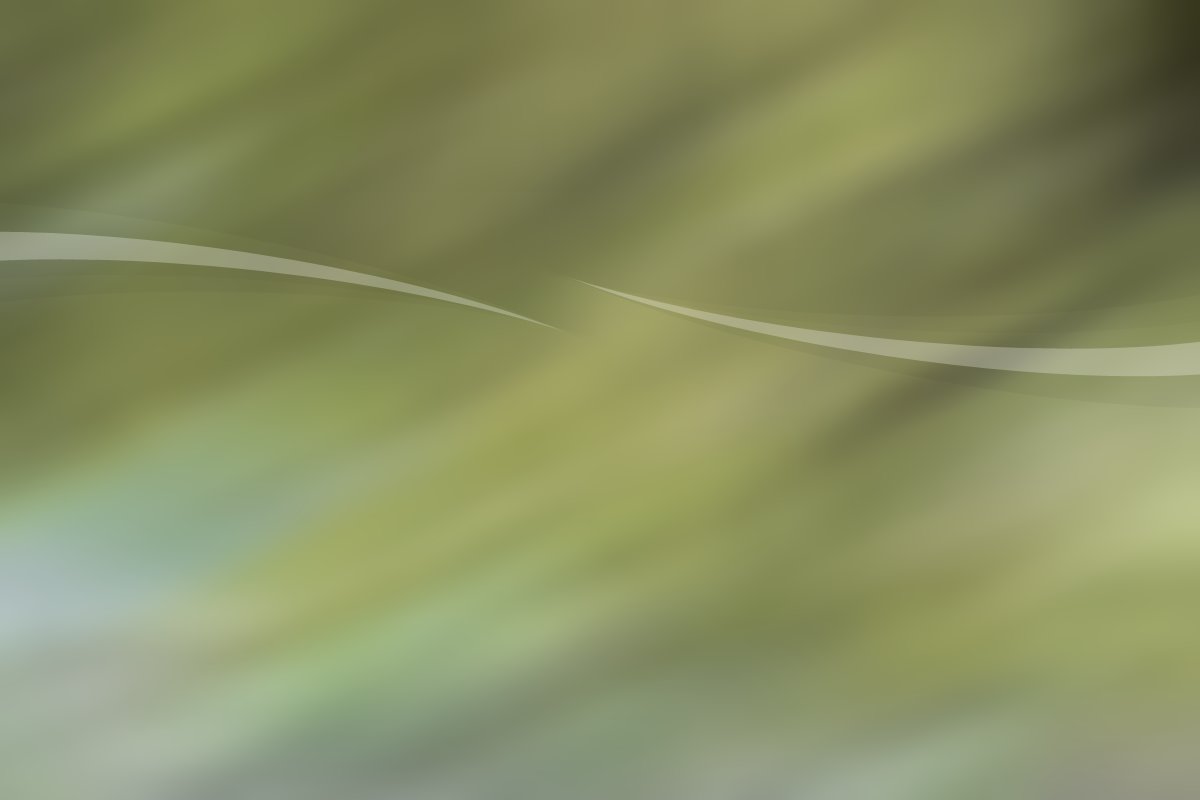 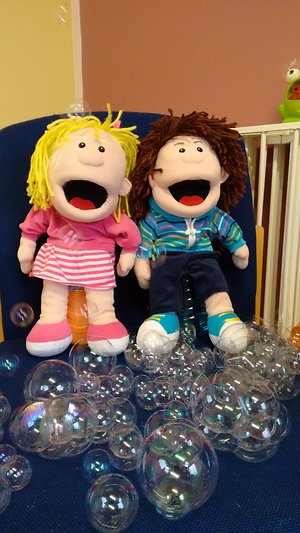 I am frequently confronted with parent’s concerns regarding the effectiveness of play therapy as a form of treatment. They say, “But it’s just play!” Play therapy is not just play. The treatment might be fun for the young patient—yes—but there is a lot that’s being expressed and understood. Play therapy is meaning-full!
Young children communicate through play. Pretend play allows children to assume the control they so rarely experience living in a world run by adults. They are free to express their emotional experience—what it feels like to be them. With access to this internal realm, I, as a play therapist, can help the child discover alternative ways of coping with their worries.

Play Reveals the Child’s Internal Emotional World
Consider a 6 year old boy who has repeatedly witnessed domestic violence and is acting out aggressively at school—he’s been labeled a bully. He walks into a session with an entourage of miniature cars--a bag full of treasure—and in the bat of an eye, turns the room into a battlefield with a dollhouse under siege.
Play and reality are not that different.
At first glance, this boy may appear to be an aggressive child acting out anger in his play, but to the therapist he is revealing a world of pain. The child brings his fearful and vulnerable self into the session by assigning me the role of victim. In this role, I must repeatedly attempt to defend my family from bad guys in an unpredictable dollhouse home—I feel what it feels like to be him in his home, one in which he is repeatedly under siege.
“Get ready the bad guys are coming closer!” he whispers right before beginning an attack. A toy police car I dispatch is unable to stop them. Then I’m informed that even the good guys in the house have turned bad. My friends in the dollhouse are no longer to be trusted, and I’m forced to put up with an onslaught through every door and window. I get the feeling that no matter how much I fight, I’m stuck. There is not much I can do.
I experience the helplessness he has to tolerate everyday. The anger in his play, like that expressed at school, is likely his reaction to underlying feelings of pain and fear. Feelings too overwhelming for him to put into words--in play he is able to express that for which he cannot find language.
Or think of an eight-year-old girl whose anxiety is so intense it practically renders her mute. Her symptoms have taken hold of her body too. She has a hard time moving her bowels and difficulty swallowing.
Attempts to use words during our first session are futile, but as soon as she pulls out the dollhouse, she gives the characters a voice. Toy parents are straddled over a small airplane and suddenly disappear to a hidden corner of the room. The children in the dollhouse are all alone.
The family history reveals the mother had frightening medical complications after the last sibling’s birth, and the father had an unnerving immigration experience. This child has been terrified of losing them. Her play puts feelings into visible action.
 

For the boy in the first vignette, being aggressive at school might feel like the only way my young patient feels he can avoid being a victim. But disconnected from his vulnerable feelings of victimhood, he will not have the opportunity to address the pain of his home life. The therapist understands this and works to bring those parts together in the play.
I pull out my loyal toy-musketeer, and right in the midst of the most gruesome of the child’s bad-guy attacks, my swordsman yells out: “No bad guys allowed! Get outta here bad guys!!!” And something happens. I’m speaking for the part of him that longs for calm and security. Though the characters are seemingly angry, they are expressing a wish to protect themselves--we’ve found a safe enough way to address my patient's vulnerability.
The child says- “I really really like it when you say that! I don’t know why, but I reeeaally like it!! Say it again!” So I do. Or I should say the musketeer does, “No bad guys allowed!!!”
On the other hand, the girl patient has me searching for my missing parents. As the little girl, I ask, “When are they coming back?!” Her figure says, “I don’t know!” I exclaim, “But I’m worried! I want my parents back now!” The therapist finds words for the hidden feeling.

Play Therapy is Deeply Reparative
The message for the little girl is this: it’s OK to address unspeakable fears. Adults can be here to help you process and understand them.
She has started skipping down the hall before and after sessions. Body ailments have started to dissipate too. It’s not so hard to relax in the bathroom when the world is not as scary, and one feels understood.
The message for the boy however is this: one need not attack to be safe—he can defend himself with words. He can assert authority without overt aggression. Fighting in school might not always be necessary in order to feel less vulnerable. There might be a way to protect oneself without attacking first.
Play therapy helps children work through difficult emotions. It helps them feel heard and seen, and for children such as I’ve described, it often manifests in improved behavior at school or a reduction of overwhelming anxiety. Working through the threads of the underlying feelings in play therapy can be deeply reparative. 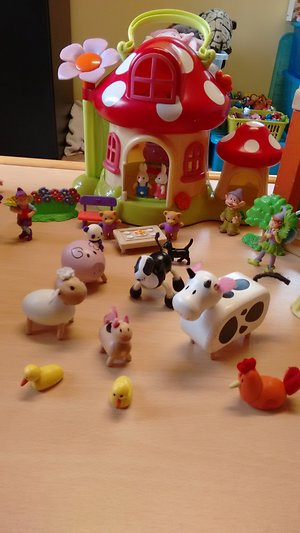 The Neuroscience Case for Play Therapy

Play therapy builds new neural pathways by releasing chemicals in the brain. When a child is helped with their feelings, huge numbers of brain cells in their “upstairs” (rational) brain start to form pathways which connect to the “downstairs” (reptilian) brain. When a child or adult is helped to think about their feelings anti-anxiety chemicals are also released in the brain so that trauma is modified.

Play therapy acts as a “brain sculptor” quieting the amygdala. The use of reflections with repetitive calming messages releases GABA. (Gamma-Aminobutyric Acid, which is the primary inhibitory neurotransmitter in the brain, meaning that it sends a signal to other cells that subdues them. This chemical messenger is known to aid in relaxation and sleep and regulate anxiety). Brain research shows that parents and significant others/child professionals dramatically affect the long term chemical balance and actual anatomical structures in the child and adolescent brain for better or worse. In fact adult-child interactions can optimally support genetic expression of foundational brain systems for kindness and calm or in contrast, render threat and alarm systems in the brain, hypersensitive.

Research show that social play can increase the activation of a vital brain “fertilizer” called BDNF (Brain-Derived Neurotrophic Factor), which helps to programme the higher brain regions involved in regulating emotional behaviours (ie It helps a child to manage their feeling better). There was higher gene expression in the frontal lobes after play, the dorsolateral frontal cortex had significantly elevated BDNF expression as a result of play. Gordon, NS. Burke, S. Akil, H. Watson, SJ Panksepp. (2003)

A contribution to the Ritalin debate: Play stimulates the production of opioids and dopamine. Research shows that when Ritalin was given to pre-pubescent mammals they showed life-long reductions in brain dopamine activity. This is because Ritalin causes too much strain on the developing dopamine system. We only have a limited number of dopamine cells (Moll et al 2001). Ritalin may be a “quick fix” but the longer term effects are uncertain.

If a child is not helped he/she may grow up internalising problems leading to a lack of activity in the prefrontal cortex which in extreme cases is a characteristic of violence. (Adrian Raine). 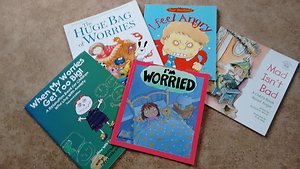 Even in an amicable separation, children feel the effects of divorce. Conscious or unconsciously they experience the stress of their parents, as well as their own anxiety and fears. Children often exhibit uncharacteristic behavior as a result of their struggle with their internal emotional experience.
Therapeutic Play provides a place to explore these emotions and process stressful and overwhelming feelings. This is done without having to find the words to articulate how they feel. Which depending on the age of the child may just not be in their vocabulary. Instead it is explored and shared through toys and play that symbolise their feelings. Through this process I will support your child in adapting to his/her new family structure.